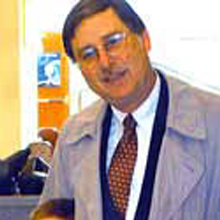 Mr. Greene is now enjoying his retirement from the practice of law.

Attorney Greene is an honor graduate of New York Law School, an independent law school in Manhattan near the city’s centers of law, government and finance. While in law school, he was editor of the New York Law School Law Review, one of the highest honors a law student can receive. After law school, Mr. Greene chose to work for the Legal Aid Bureau in Maryland, where he represented abused and neglected children in cases involving their safety and placement. While representing over 700 children, he learned first-hand about their needs and the many gifts they bring to families. For nearly 10 years, he served as Chief Attorney of the area’s Legal Aid Bureau office, managing the office and mentoring many attorneys in child welfare law. That experience pointed him towards a law practice in which he could help children find loving parents. Mr. Greene has been recognized as one of the leading adoption experts in Maryland and the country. In May 2007, he was elected to a four-year term on the Board of Trustees of the American Academy of Adoption Attorneys (AAAA), a highly selective national organization composed of approximately 330 of the leading adoption attorneys in the United States. AAAA members are experts in the complexities of adoption law and the many interstate and international regulations on adoption who have met stringent experience and ethical requirements in the field of adoption. Only 11 of Maryland’s 40,000 attorneys are members of this organization. A member since 2000, in 2006, Mr. Greene received the association’s highest award, the President’s Award, for his service to the academy and to the furtherance of adoption. He chaired AAAA’s mid-year conference, held in Baltimore in October 2007, which focused on “International Adoption: After the Hague.” In recent years, he has been a featured speaker at AAAA conferences, and previously served as the editor of the association’s newsletter. Being part of AAAA and its national network of attorneys who specialize in adoption enables Mr. Greene to stay current with the latest trends in adoption and permits him to help Maryland birth parents and adoptive parents complete adoptions involving people from all over the country and the world.